We got back from Tanzania yesterday. It was an amazing time and everything went off well, but it is nice to be back home again. We (5 adults and 17 students)were staying at Managhat Primary school in the Manyara region near Babati, sleeping on the floor of some classrooms. We were doing work for the charity 'Livingstone Tanzania Trust'. Although we did have some electric lights (a welcome surprise!) we had to fetch all water from a single tap and cooking was with the help of a very smoky wood stove.

Apart from a few problems with bats, a couple of scorpians and a number of nosebleeds we had a successful visit. We renovated a classroom and turned it into a library, planted 15 banana trees and 'helped' the local builders to build a cowshed. The latter will be linked with a bio gas digester which will provide the fuel for the school kitchen to cook meals and reduce the dependency on firewood.

The students worked very hard despite the very hot weather. They also started to learn some Swahili so that they could play with the children and buy some souvenirs from the local market. We visited a local secondary school and also had a meal at the house of a local family. There we were lucky enough to be entertained by some other villagers, who encouraged us to join in with their dances. It was great fun, but exhausting! At the end of our trip we were taken on Safari. We saw lions sharing their kill with their cubs and got very close to a family of elephants. We also saw herds of zebras, wilderbeasts, impalas and hippos. There were many beautiful birds and baboons and even a snake. I am looking forward to seeing all the photos! Peter and I are now exhausted, but very glad that we went. I don't think that the students will forget their experiences in a hurry!

Posted by Inspire Worldwide at 03:51 No comments:

Team on their way home...

The team are all safely checked in at Kilimanjaro International Airport in Arusha and have been waved off by Inspire Leaders Gem and Louise.

We hope that you have enjoyed these updates - it has been a real pleasure following the team's progress and sharing their experiences with you all.

A note from Gem and Louise:


"The time finally came to bid the group farewell at Kilimanjaro airport. Gem and I are so proud of those who came to Tanzania and pushed themselves to their limits out here. It's been tough - hot weather; a foreign language; new people and physical challenges. Not one person doesn't deserve to go home to a warm bath and a plate of their favourite meal! We wish you good luck and I hope to see you at your Africa evening!"
Posted by Inspire Worldwide at 06:38 2 comments:

It's the last day and after many discussions about food, we have agreed to put in food orders with parents for our final blog...

The last early start of the trip began with a beautiful sausage and egg brekky, then we were off on safari again. We headed straight for the hippo pool and saw loads of baboons en route... At the hippo pool, we also saw lots of zebra and were able to stretch our legs on a viewing platform and take some snaps... We then spotted (what was possibly!) a black mamba slithering inside a termite mound - our first snake sighting...

By 10am we were in our way back to Arusha and the cultural centre with delicious packed lunch on board...
All the students are looking forward running water and warm home cooked dinners of favourite meals (hint hint to parents and guardians) and maybe a few treats... Danny is particularly excited about all the rice options ahead...

NB. We will let you know when the team are safely checked in and on their way home.
The Inspire Team
Posted by Inspire Worldwide at 03:58 No comments:

An early start followed by an emotional farewell meant we had said farewell to the school but hopefully not for the last time. I would like to say a big thank you again (on behalf of everyone) to everyone at the school especially Assery, Dahai and JP.

From there an hour's journey meant we had reached the climax of of our trip, the safari.  With Tiger driving my group we began our safari. We split in to three trucks. Overall the morning safari was quite successful having already seen a herd of elephants, giraffe, zebras and a lioness. We have also had some cracking banter.

"Look guys, it's a zebra crossing" - Wilf (when zebras crossed the road)

It's absolutely mental banger if you ask me. I'd like to finish the blog with another poem:

After morning safari we stopped for lunch, It was rice so I had to punch (in a metaphorical sense),

We started safari and saw some lions fight, Wow what might,

We also saw more elephants,
Nothing rhymes with elephants,

Then we drove to our place to stay,
Until another day (tomorrow),

Everyone showered with some power,
The dirt had no chance in my shower,

The market had lots of things,
But sadly no chicken wings,

Last day is tomorrow,
We will be filled with sorrow! 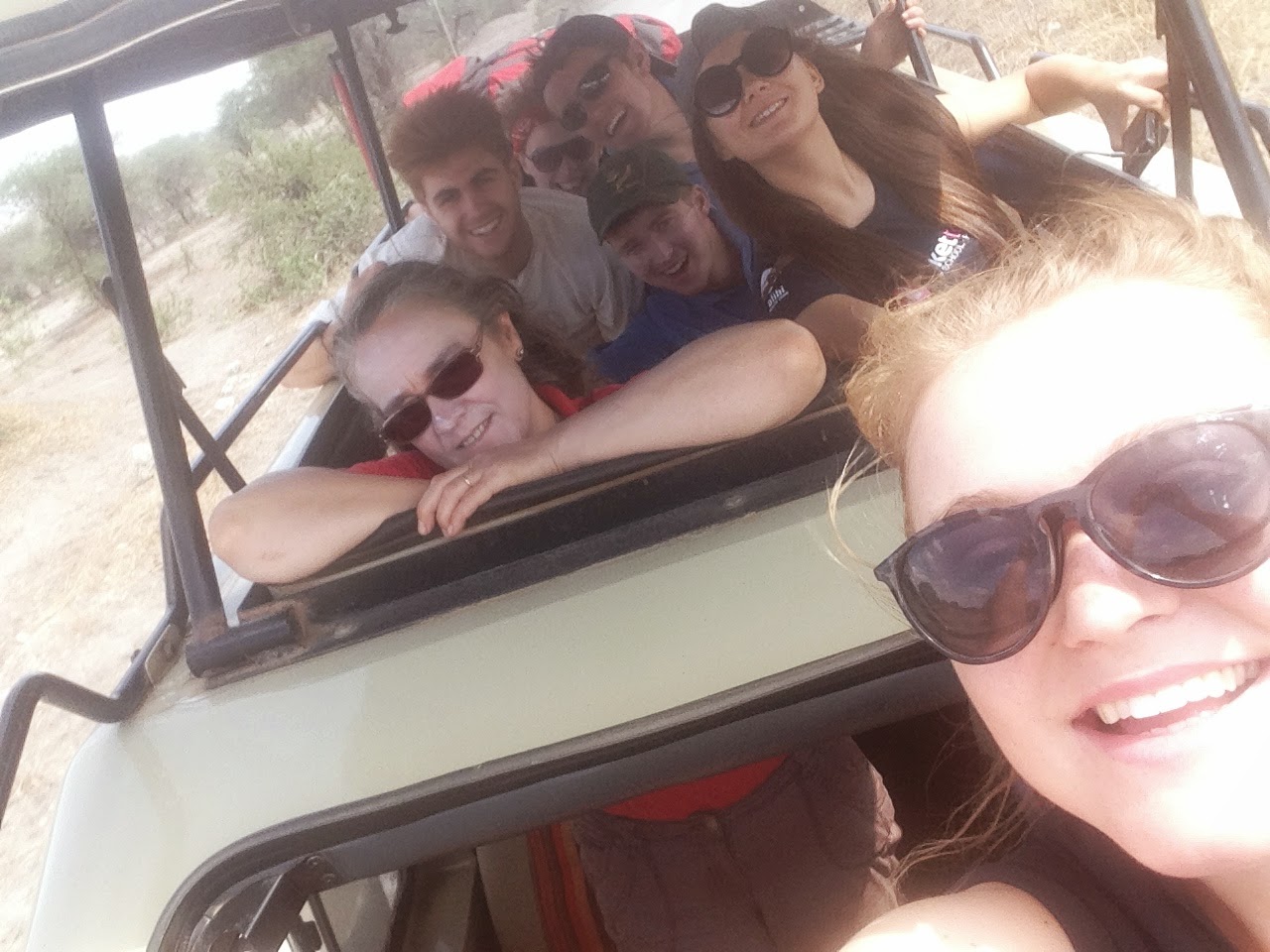 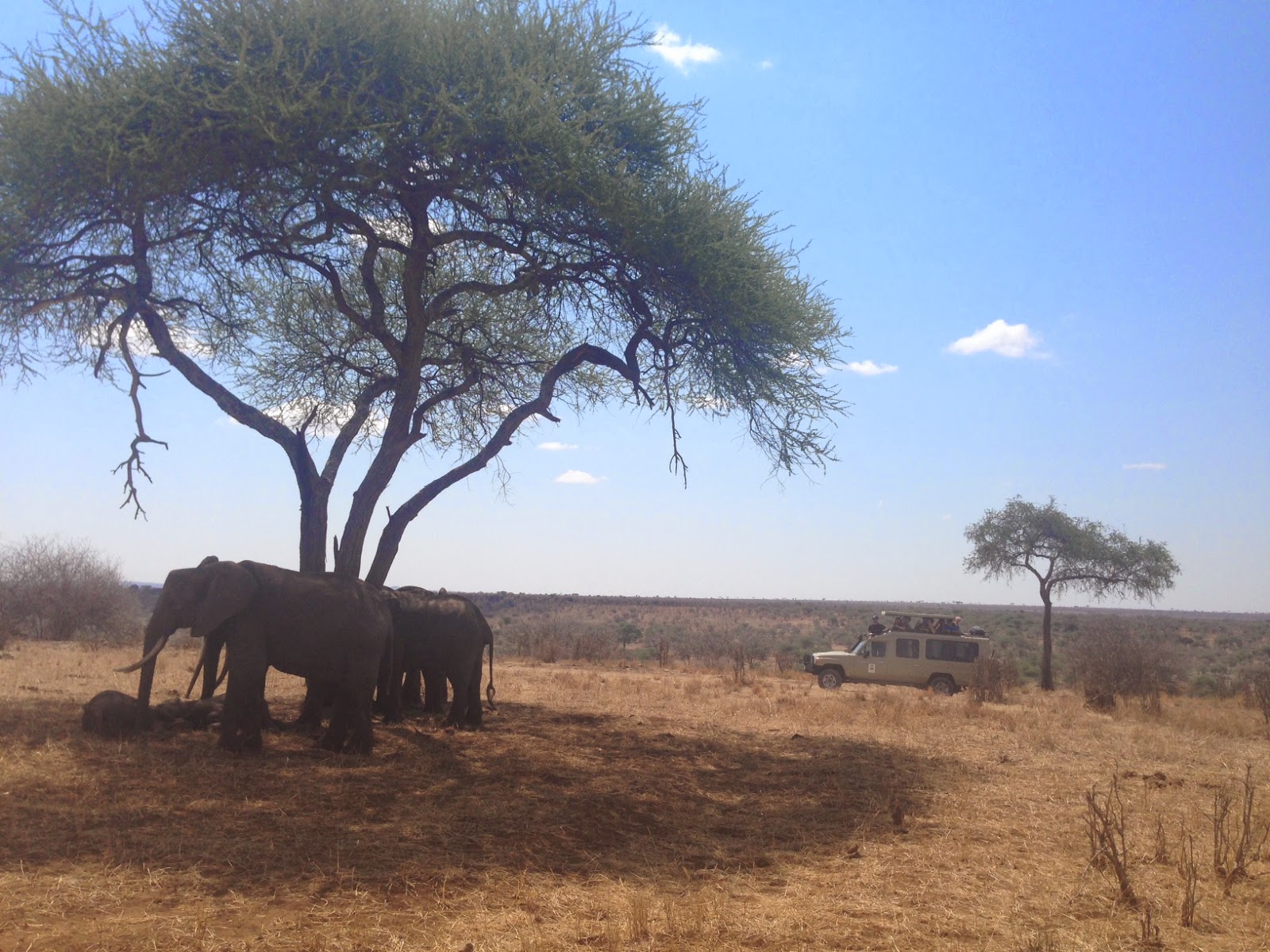 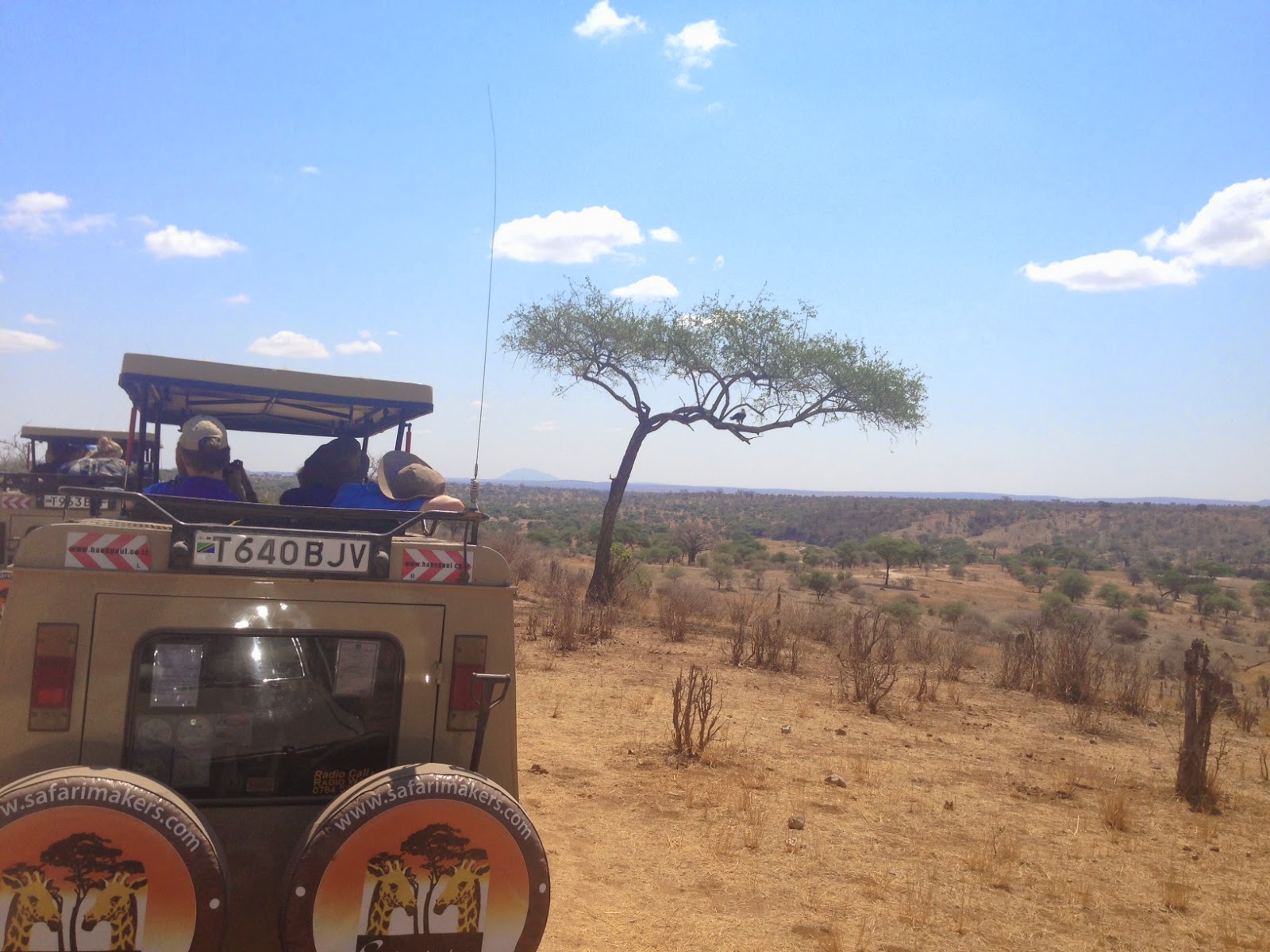 Today we got up at six,
This was hard to fix,

First we went to church,
Outside was a big birch (tree),

It was very loud,
Our singing made me proud,

Then we had a nice lunch,
We were a happy bunch,

We then went to the market,
We walked there so couldn't park it (ourselves because we aren't cars),

We looked around the shops,
It was tops,

After we went to the lake,
Where we began to bake (in the sun),

We took selfies with the sun,
It was fun,

We went back to school in a van,
With a safari man,

We then ate dinner,
Now we're not thinner,

Now off to bed,
Hopefully we're not dead.

A lovely piece by Danny there, and some photos to go with it... 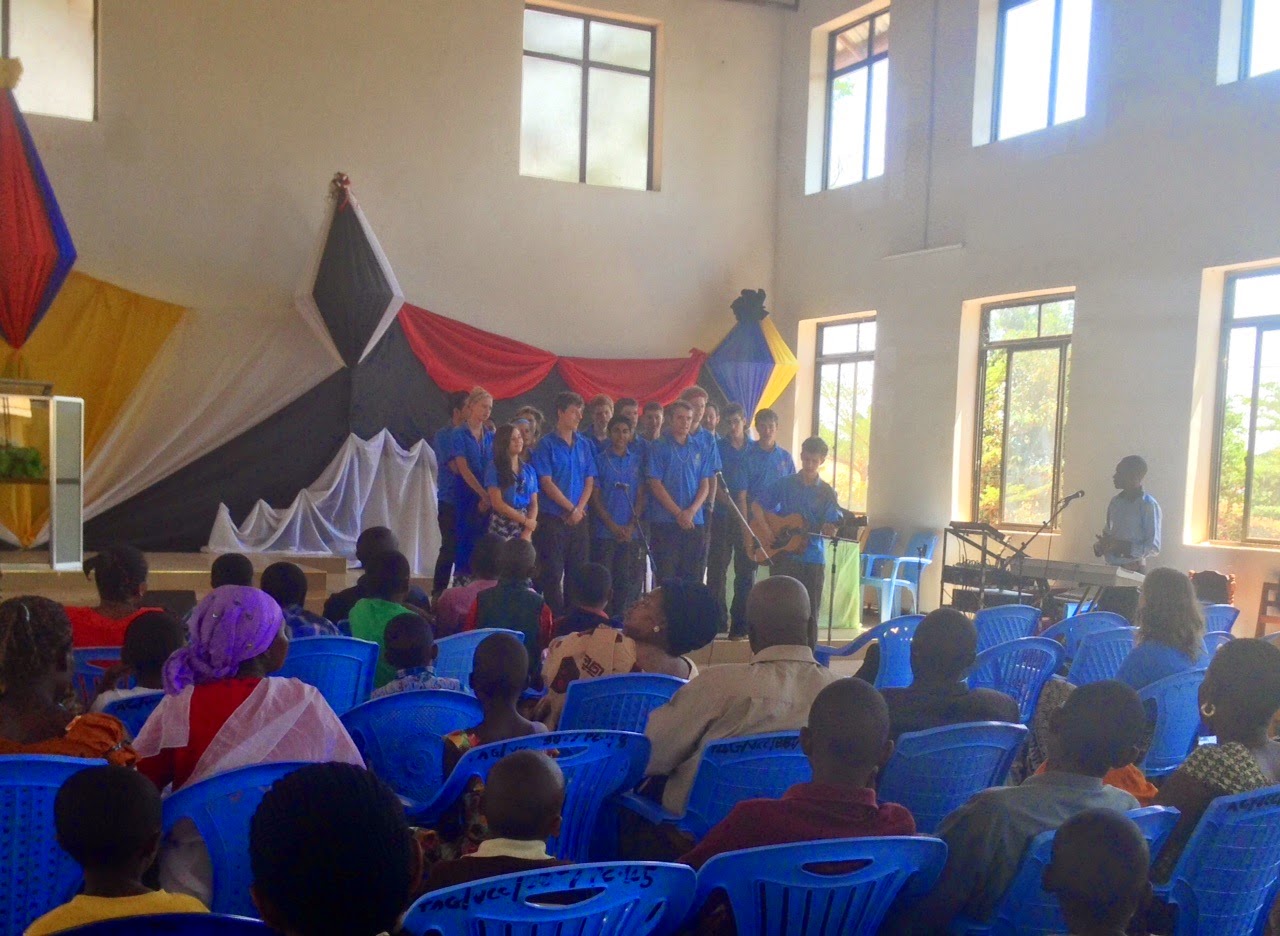 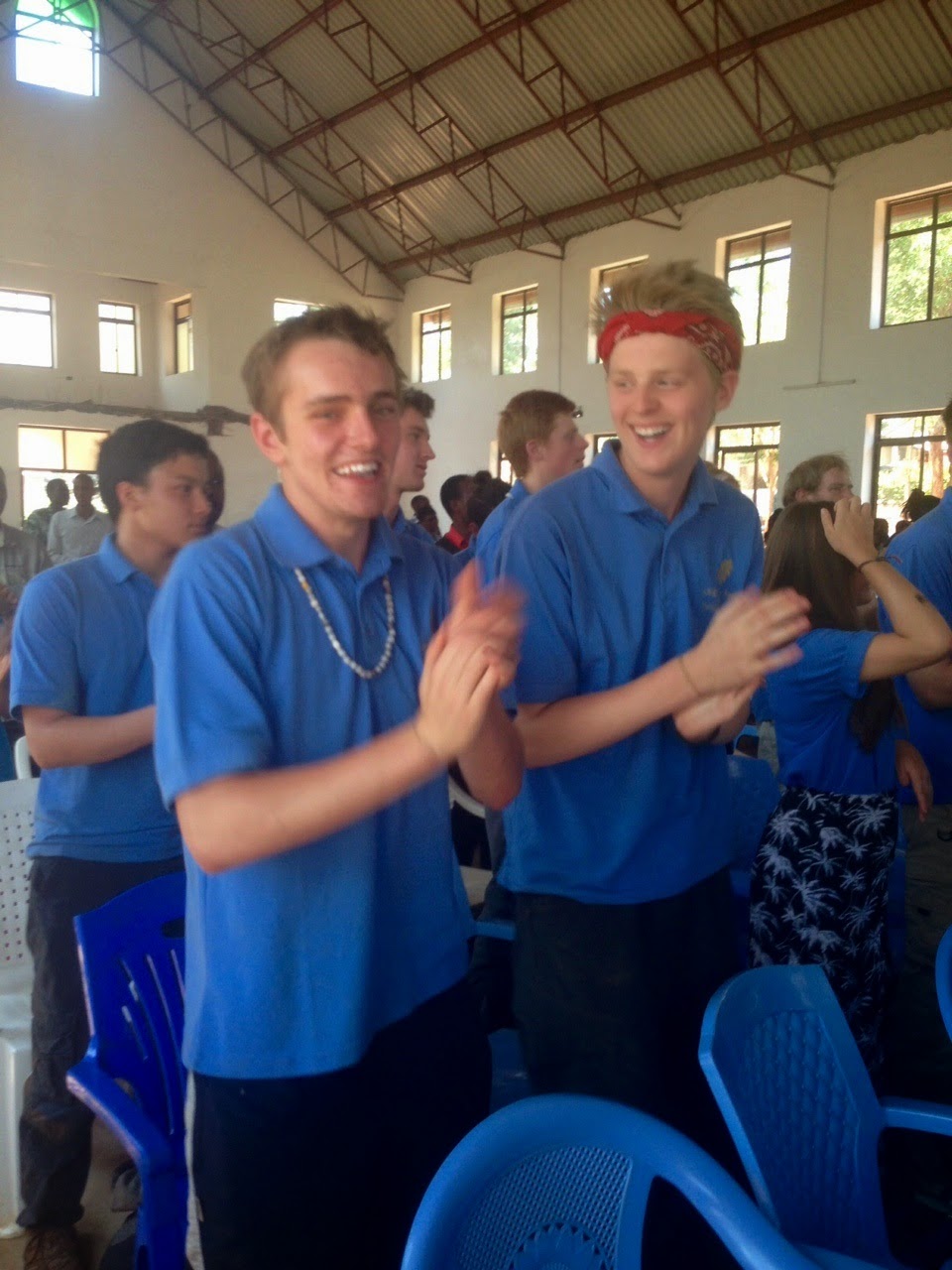 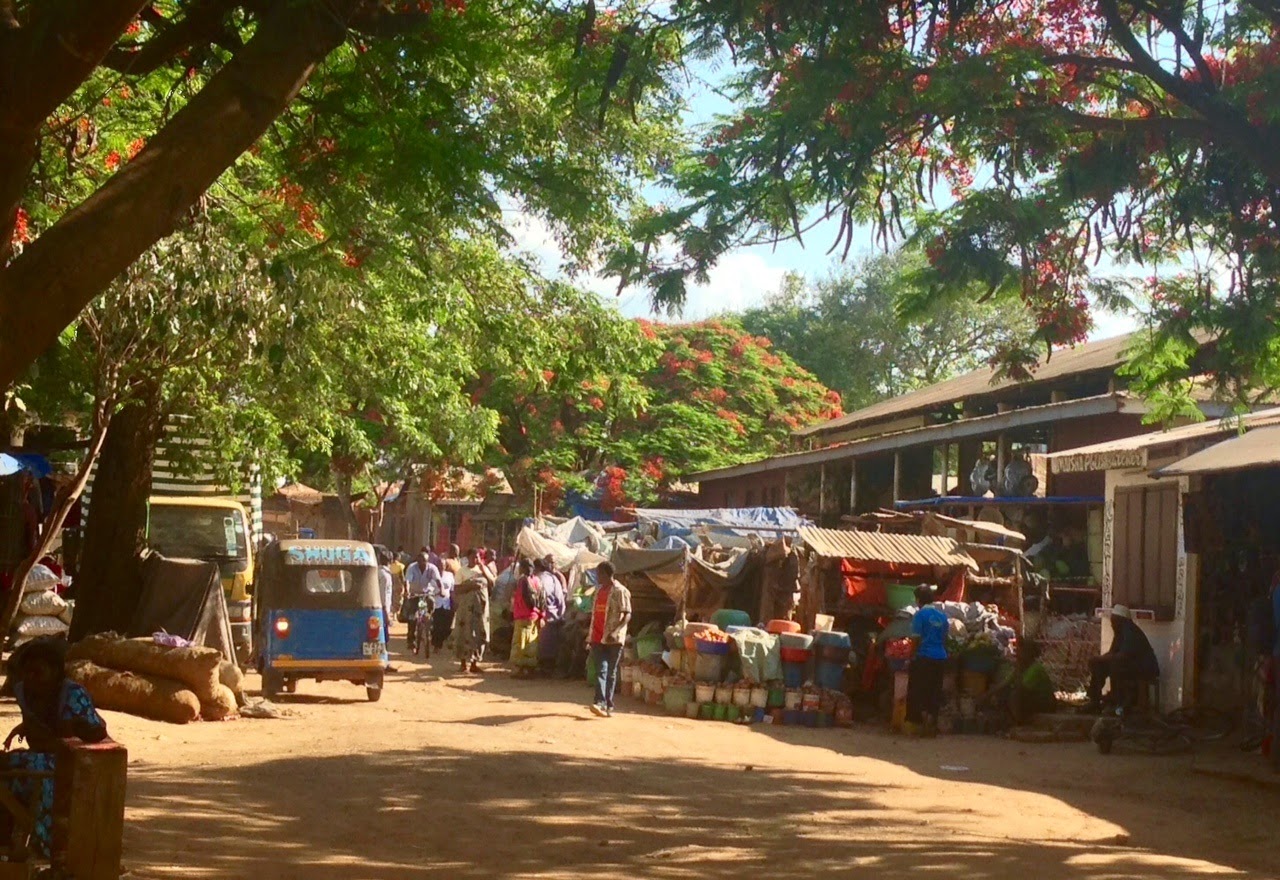 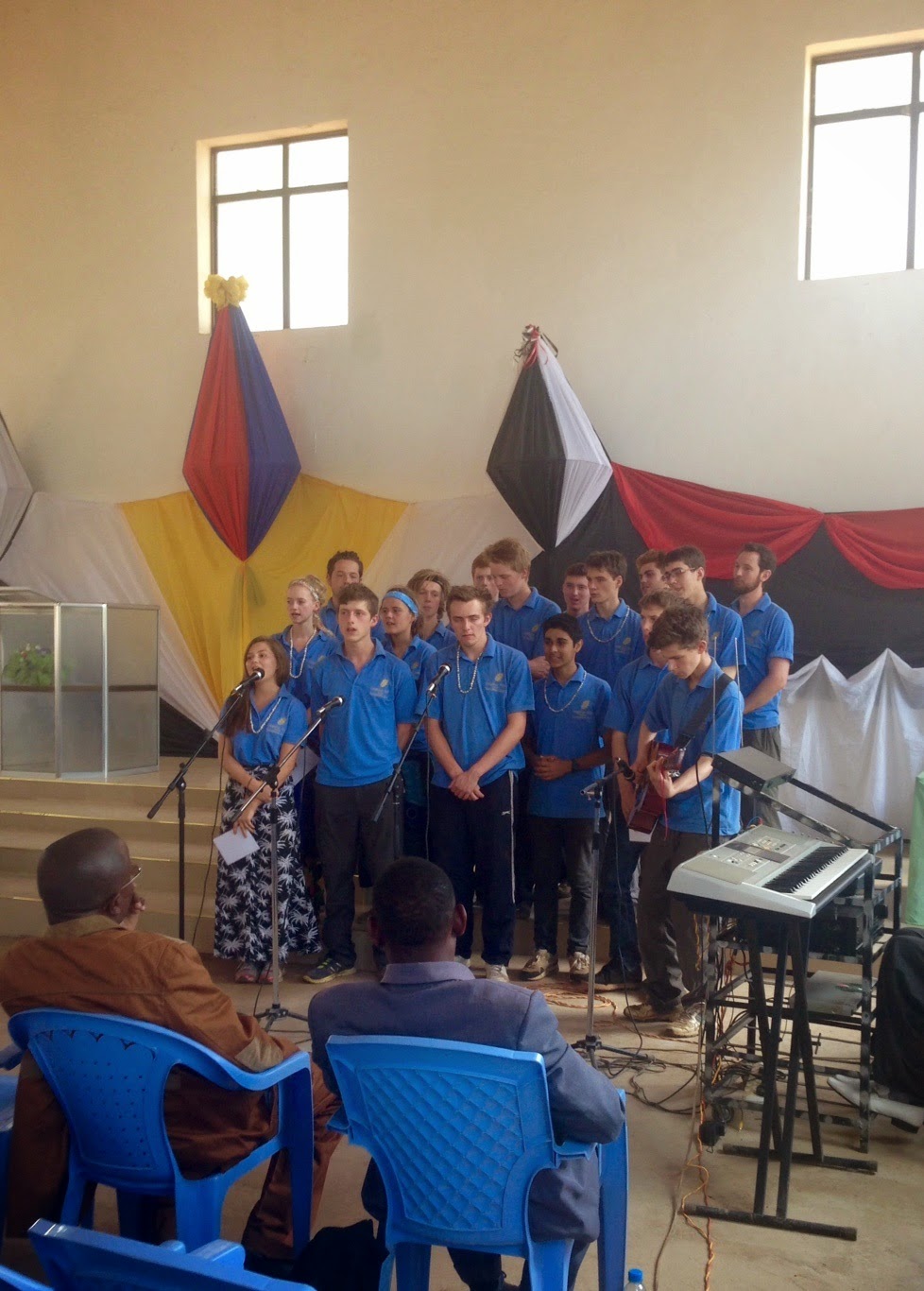 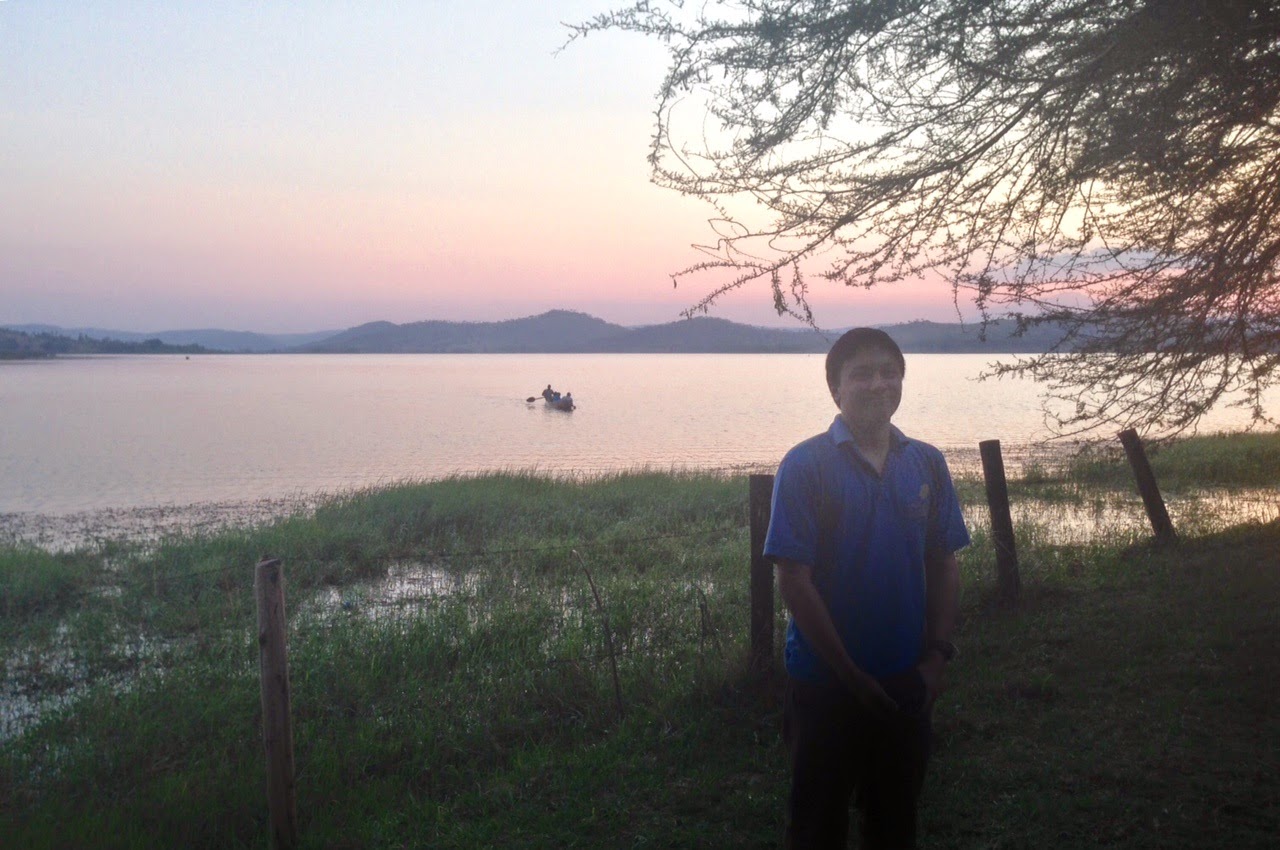 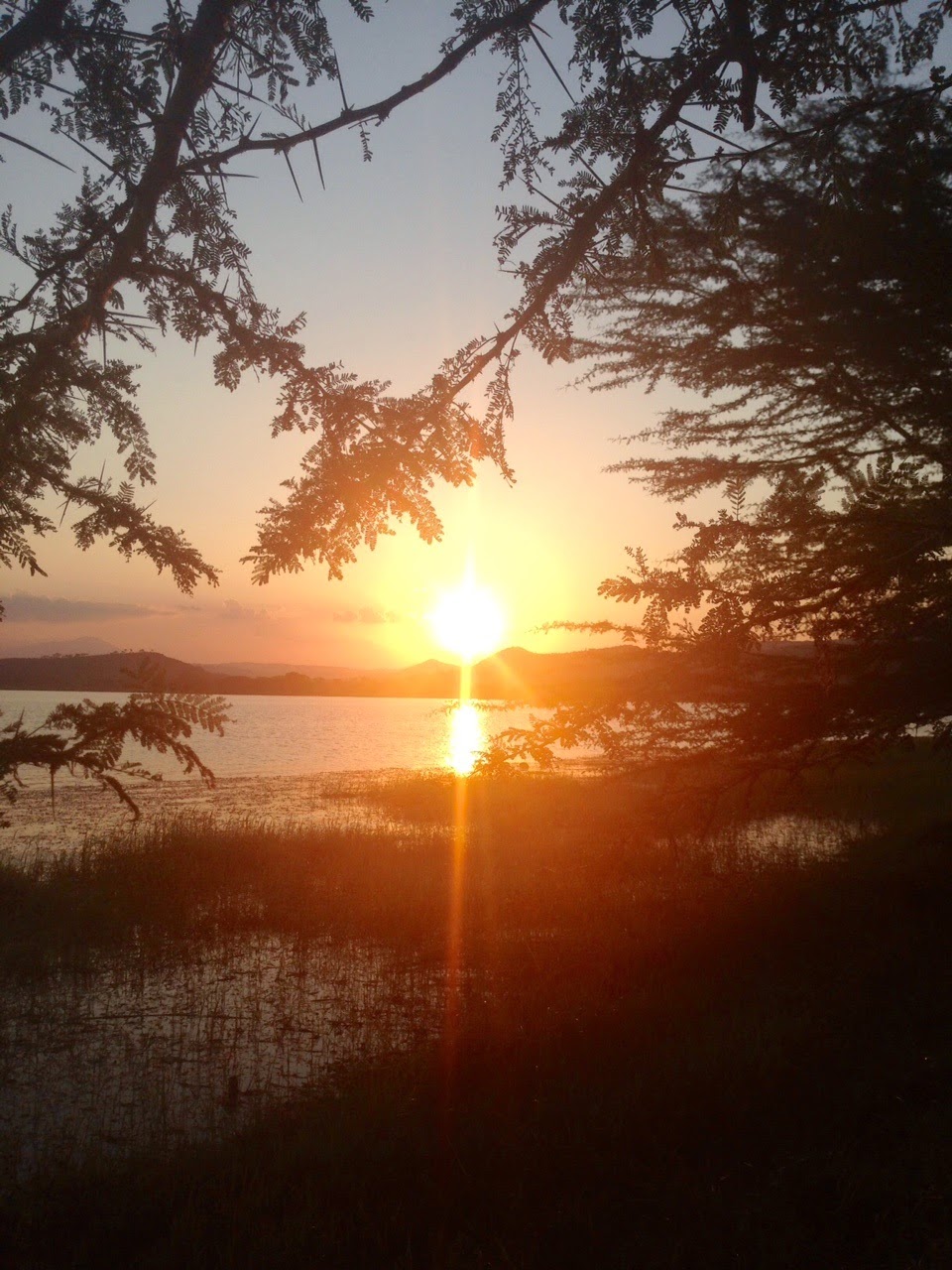 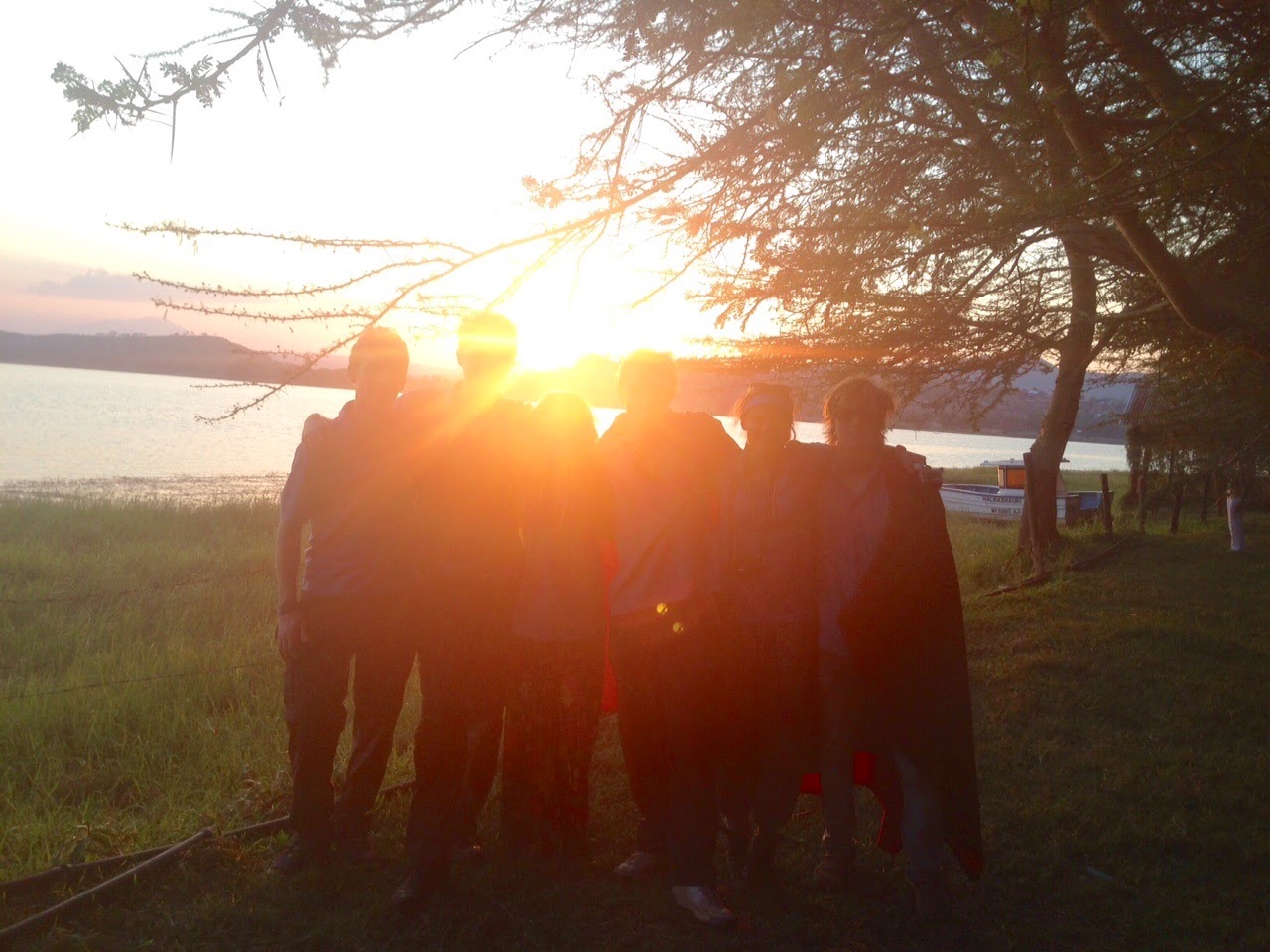 Posted by Inspire Worldwide at 12:45 No comments:


Posted by Inspire Worldwide at 12:57 No comments:

Last day at the school...

Today was an early start. At 6.00 am we woke up and soon left for a hike up the hill behind the school. Trudging along with out ukulele and guitar we were greeted by those from the community along the track with friendly waves and small talk.


Enlightened by the profound history and ongoing progress of the acute town of Babati we all learnt a lot from the experienced hike leaders Assery and Mr Problem.
The view from the peak of our ascent was picturesque to say the least. We looked over the fruitful landscape with our cameras at hand.
Having returned we had a brief chai break and swiftly got on with our last session of work with extra enthusiasm, cooperation and motivation. We planted our final banana tree to complete the set of 15, a mightily impressive feat.
With the library designed and prepared for the local education authorities to assess and the cow shed just a few days away from completion, our project work was epitomised by this successful session.

The closing ceremony was a memorable and rewarding event. With a handful of heartfelt speeches from distinguished guests, fundis, local spokesmen, local authorities, teachers, students and volunteers themselves, out week's work and, above all, our experience was appreciated and expressed with great gratitude.
- Manu

Tonight the volunteers wanted meat for dinner and together came to the conclusion that buying and slaughtering our own would be a valuable experience.  Some quotes which sum up the session:

"The killing and cooking of tonight's dinner was, without shadow of a doubt, the most eye-opening experience I have ever had and I'm in Africa" - Manu
"The most chilling aspect of the whole thing was the expressions of the chickens - they almost seemed human" - Michael
"The most eye-openjng thing for me was witnessing the killings of chickens and where my food was coming from" - Gideon
"This one is called 'Dinner'" – Chris 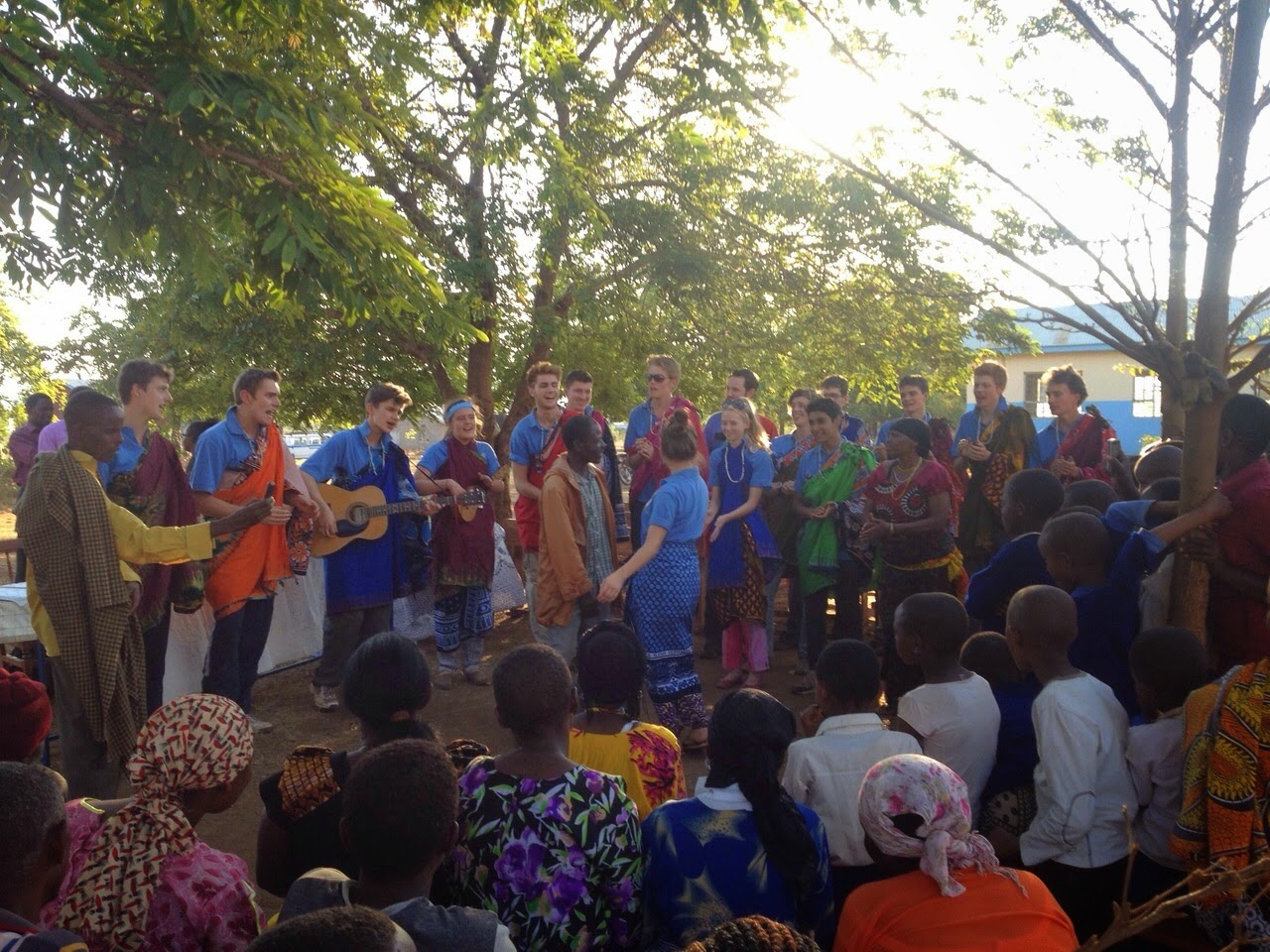 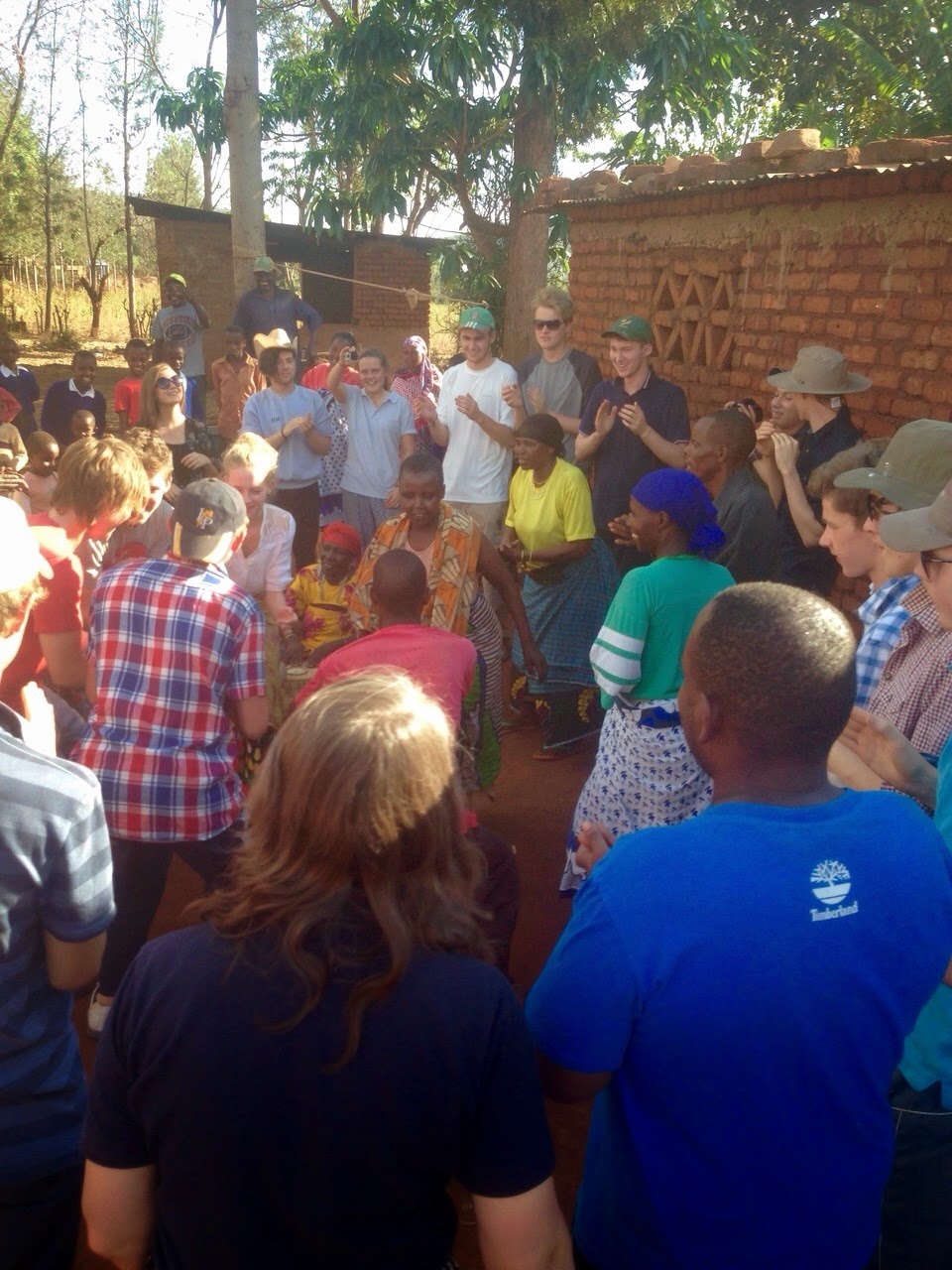 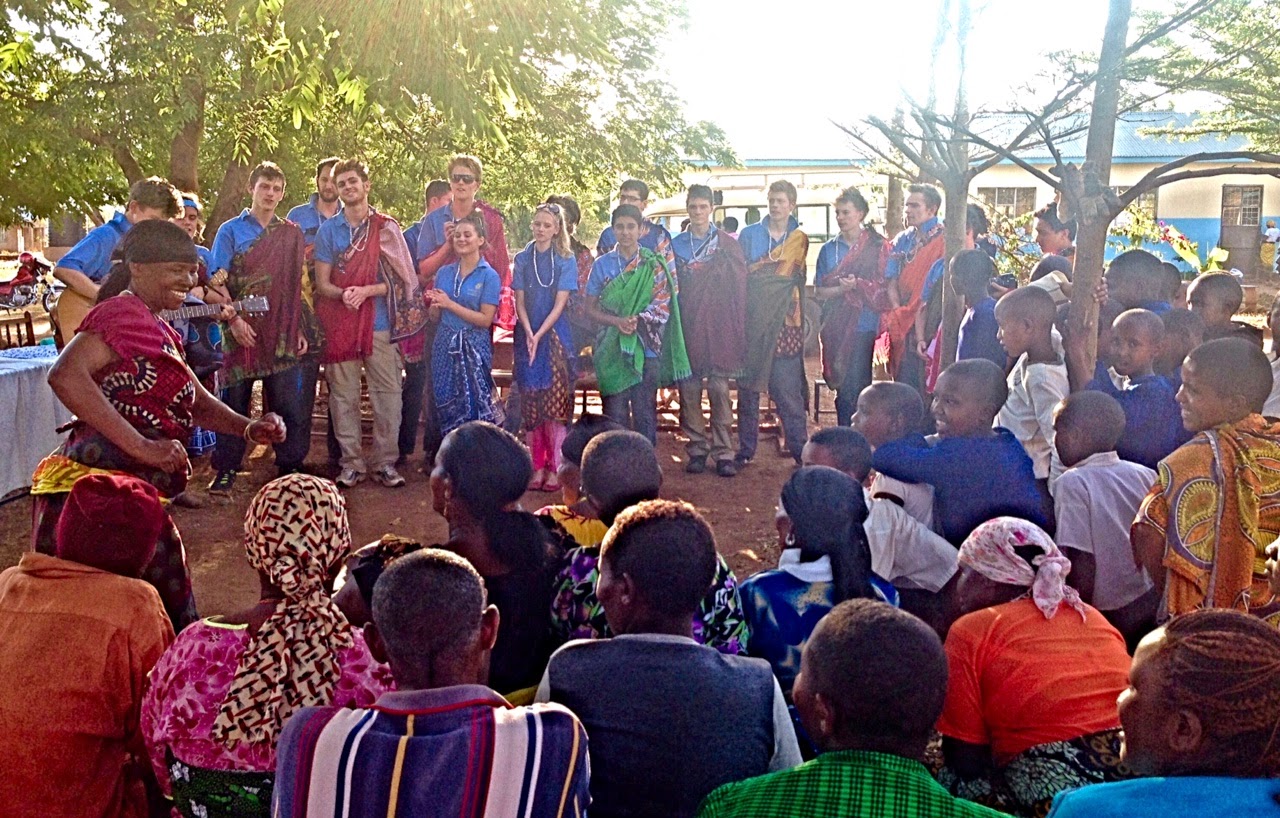 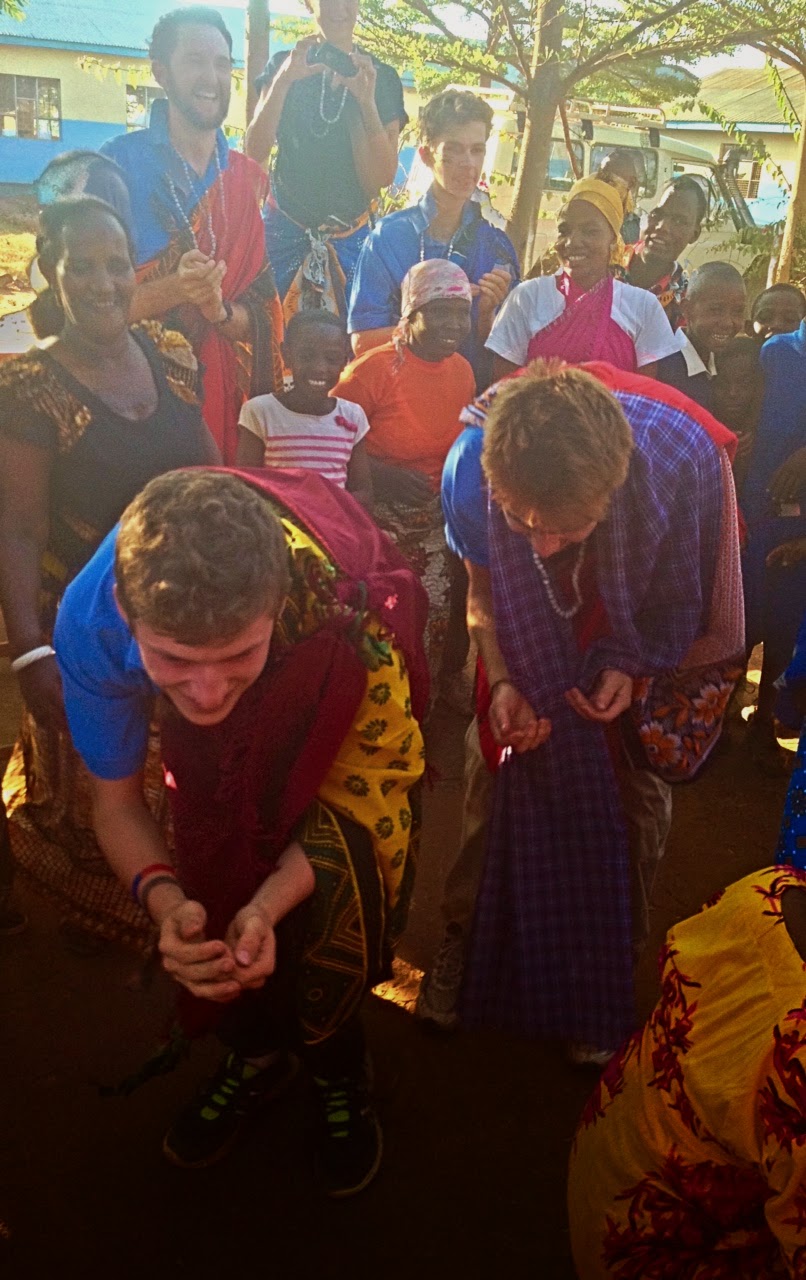 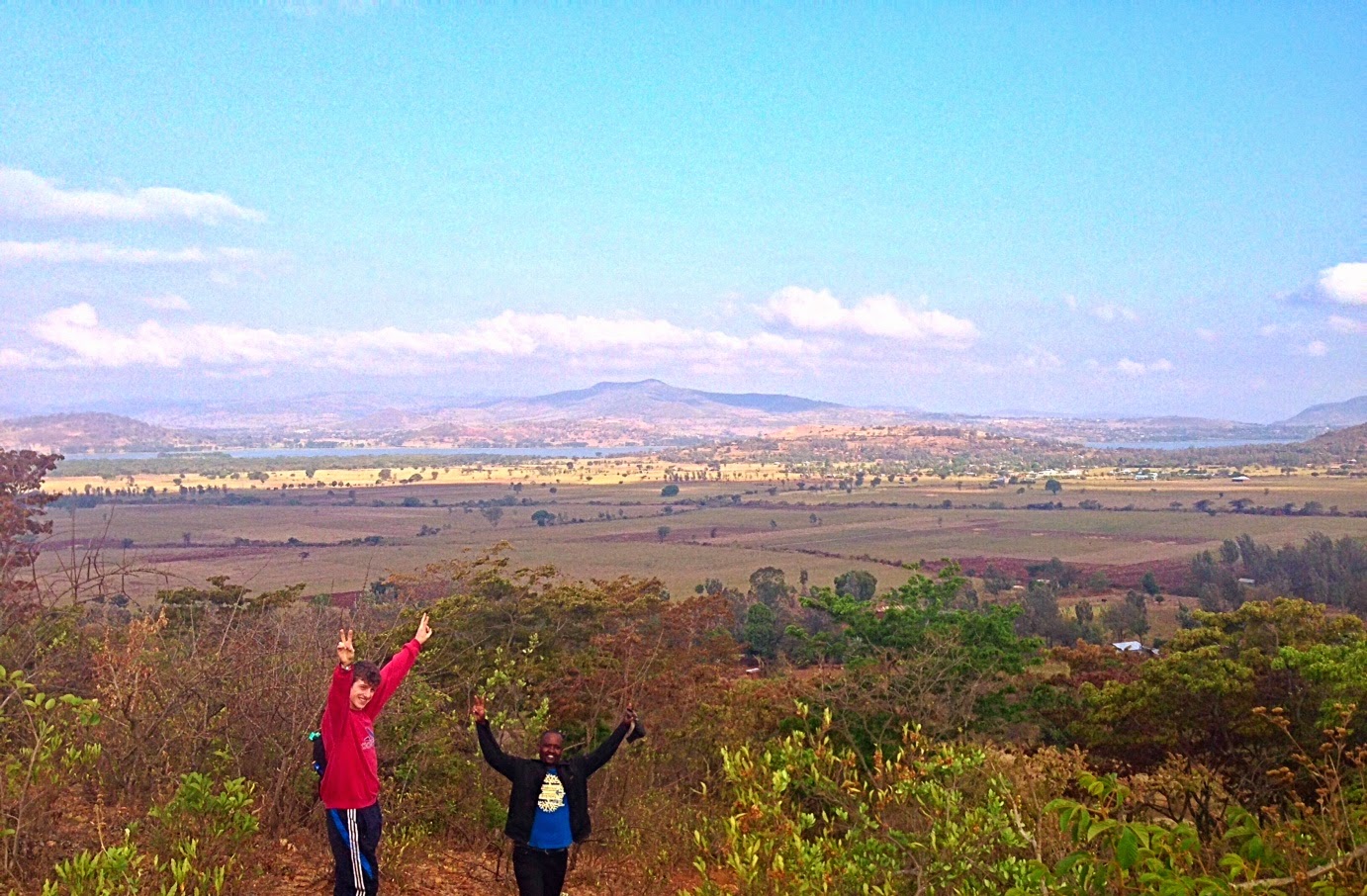 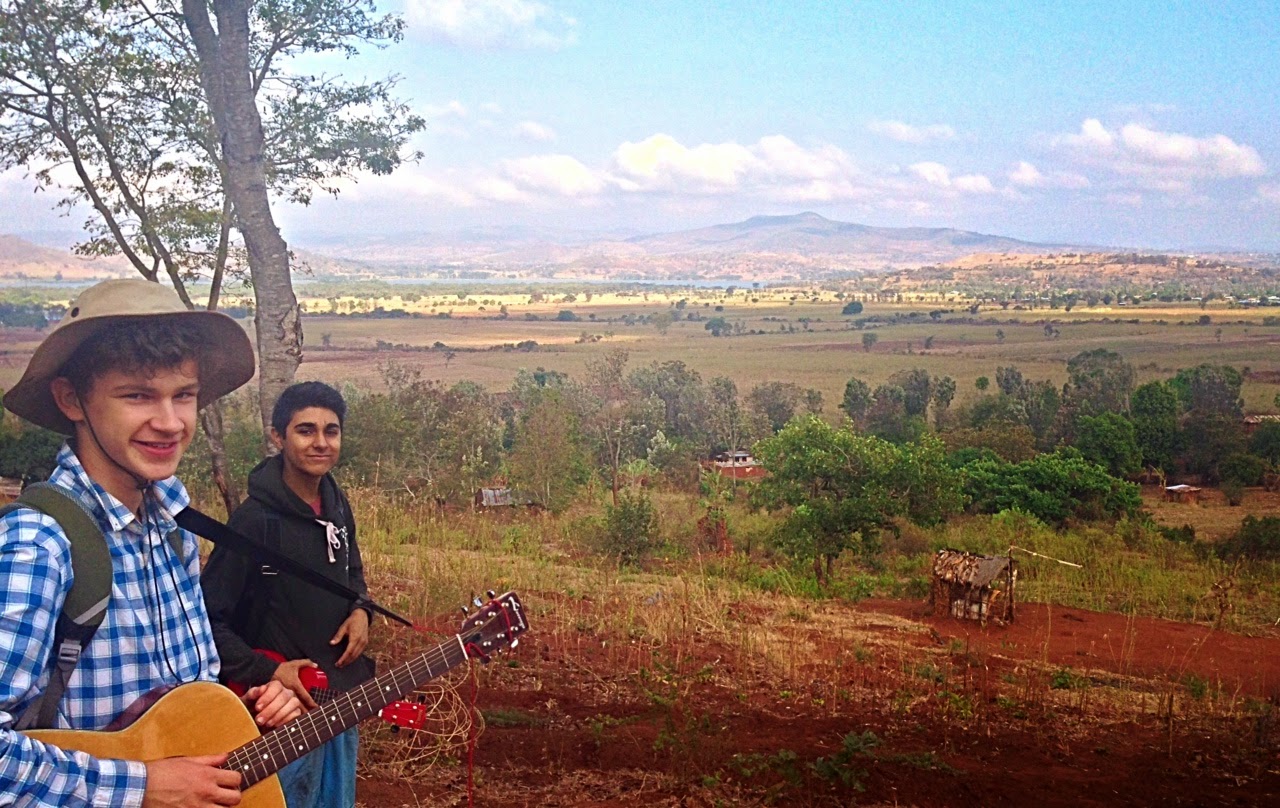 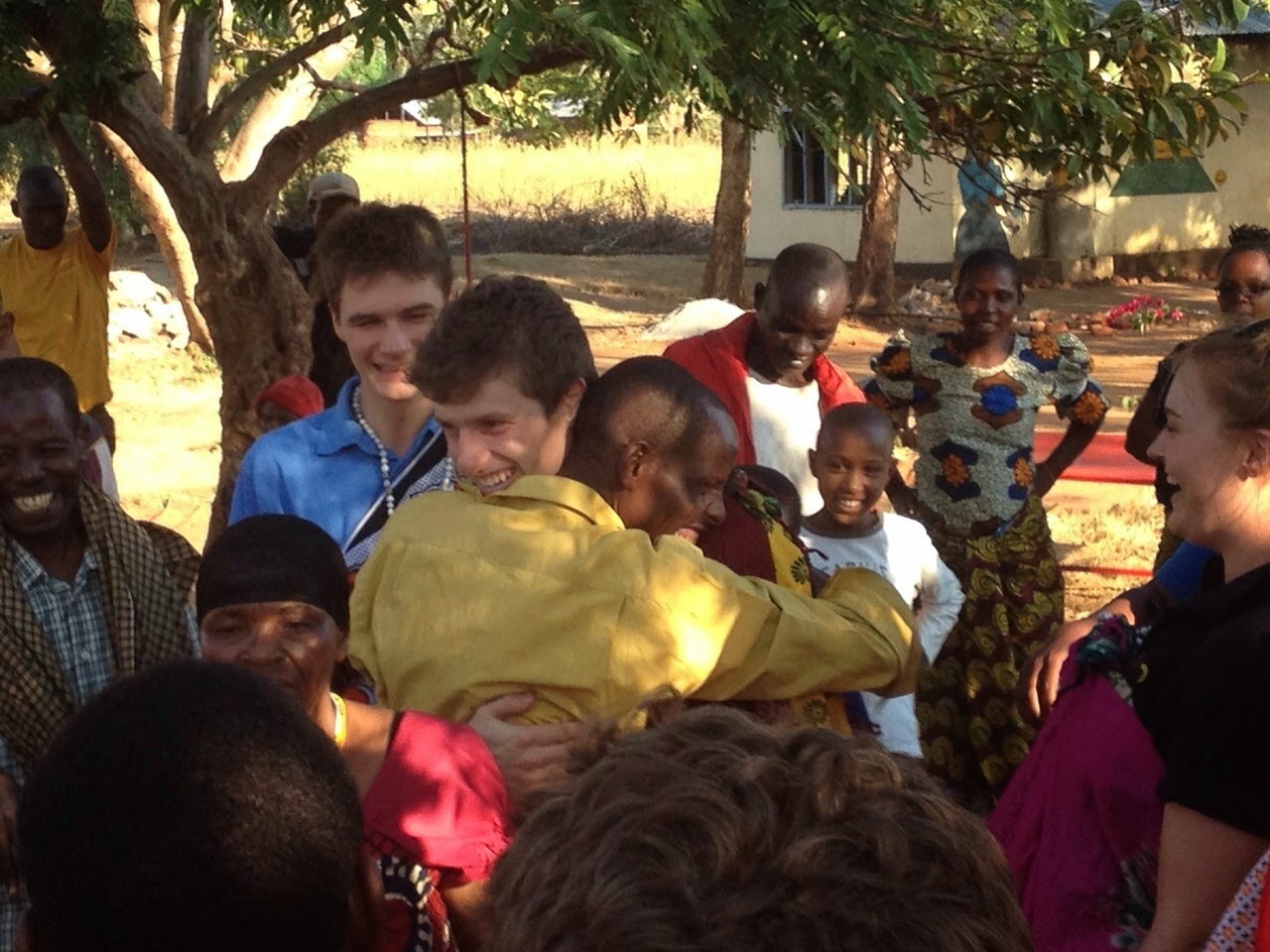 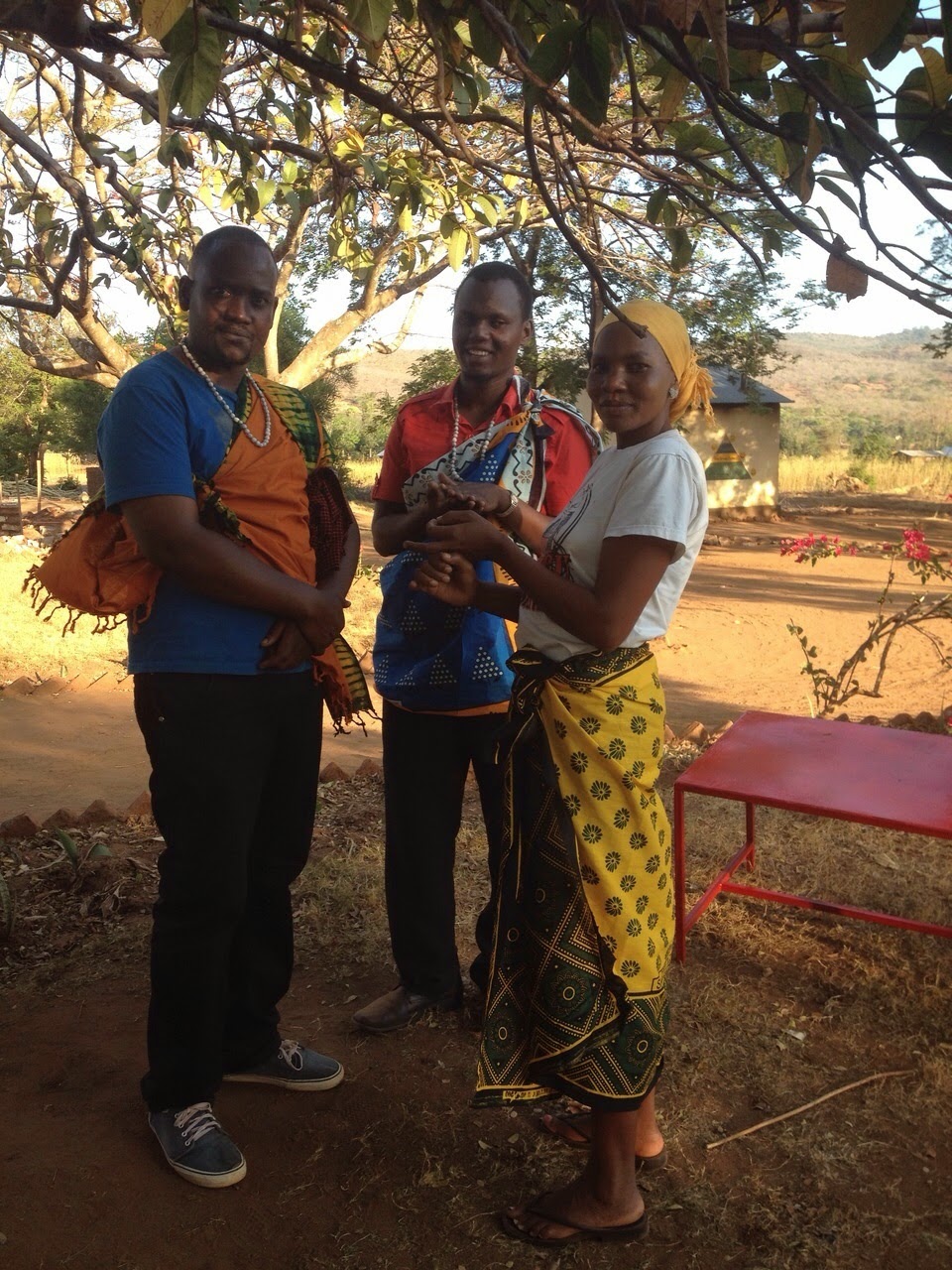 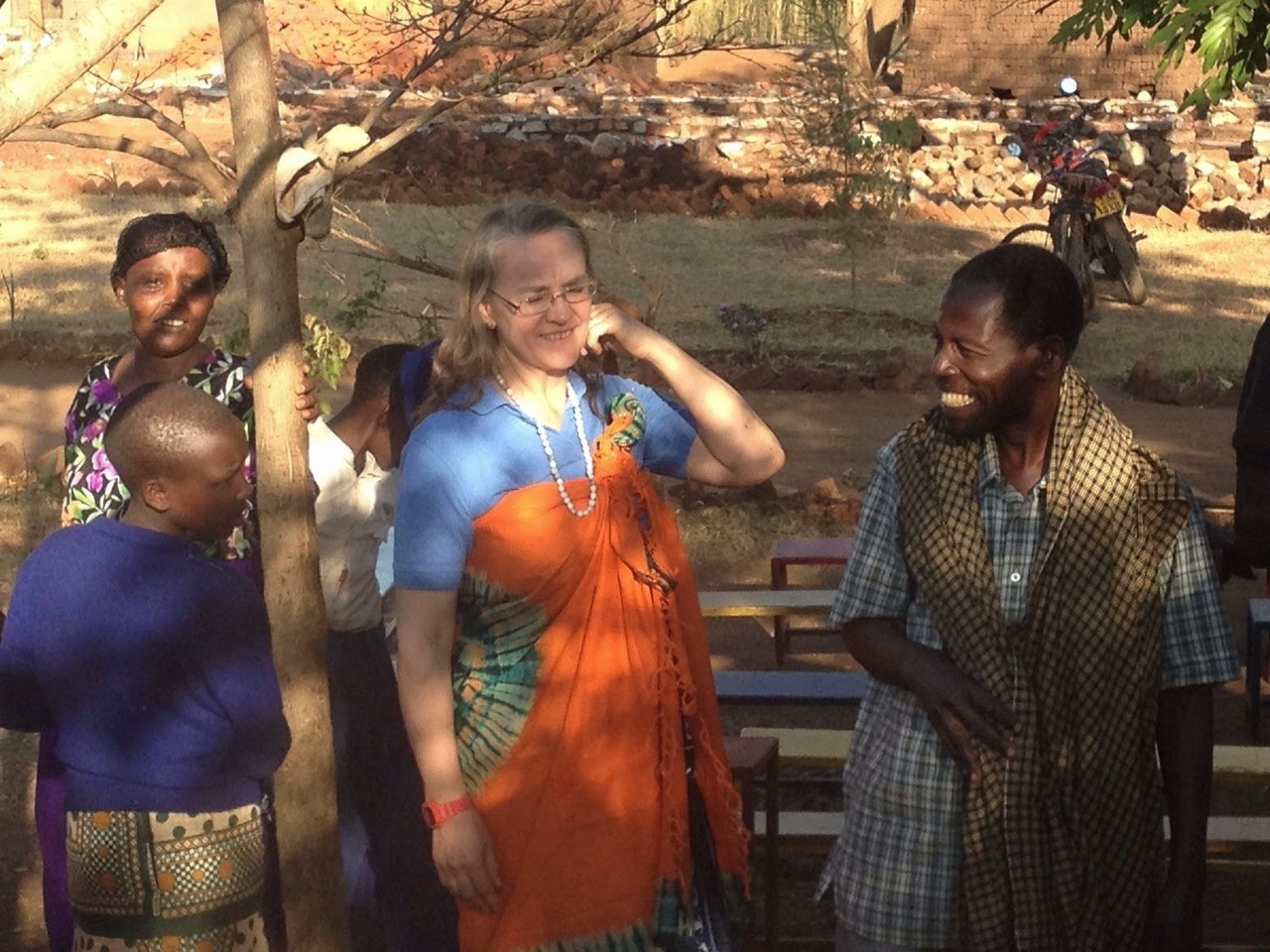 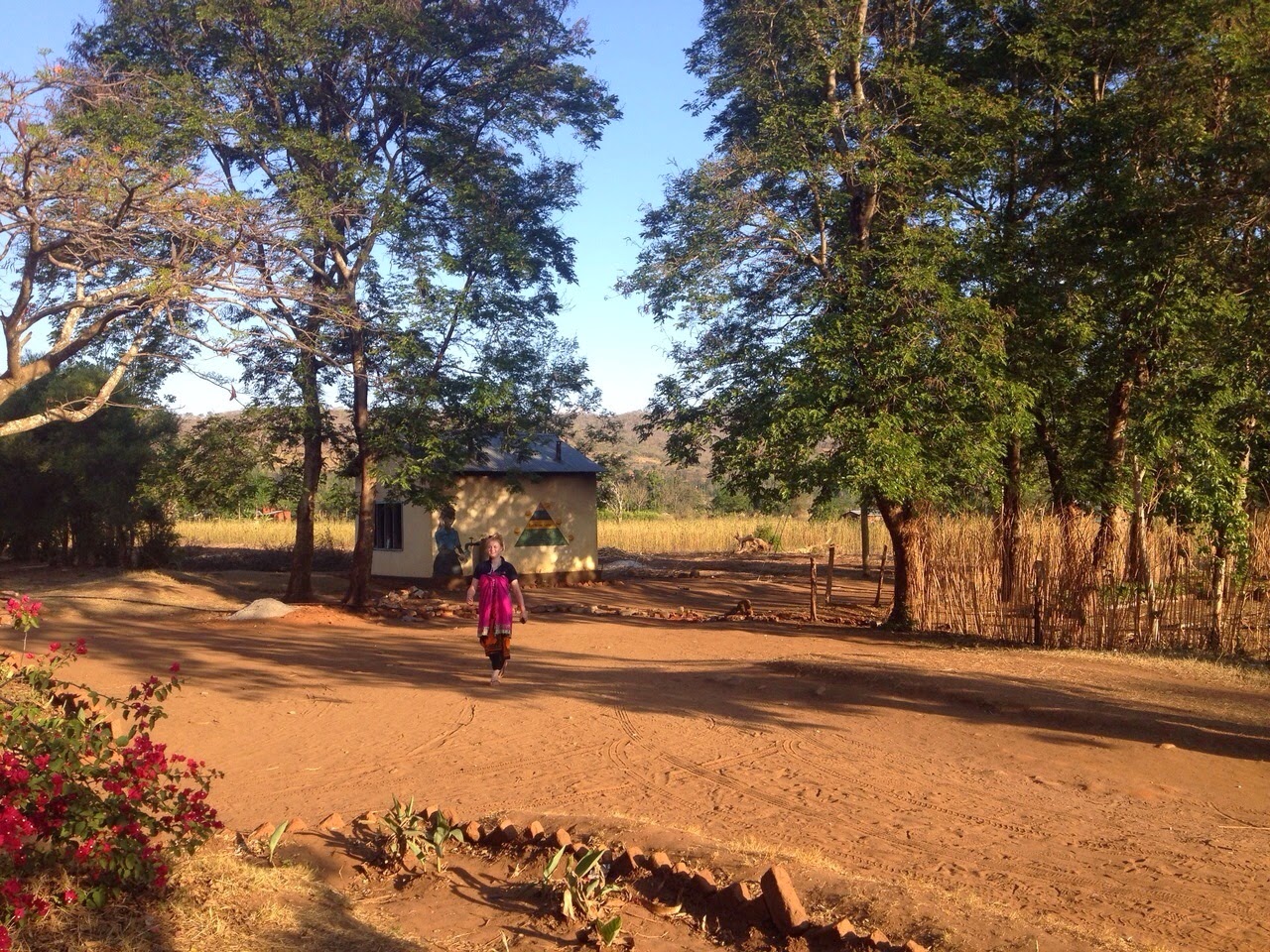 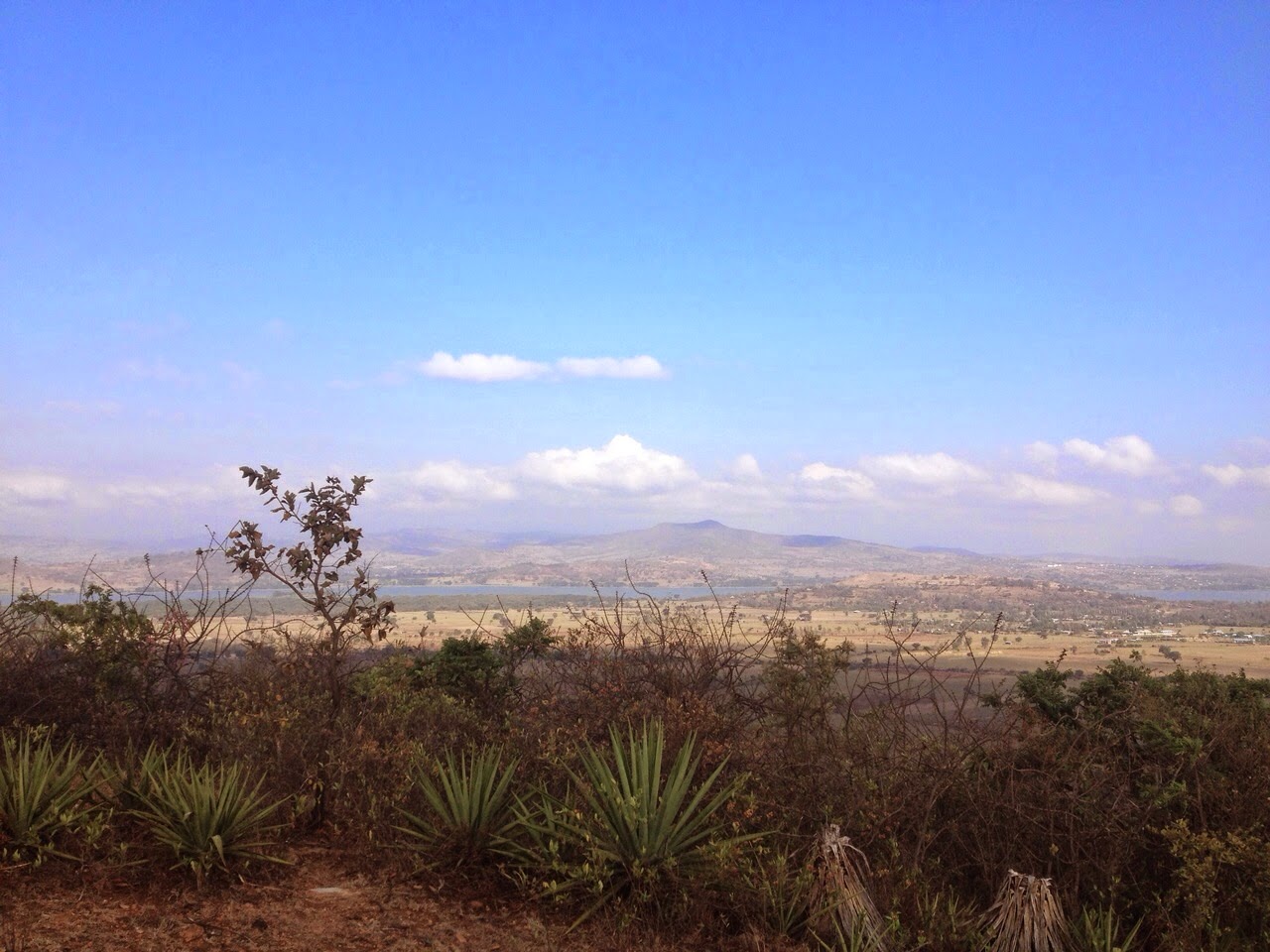 Posted by Inspire Worldwide at 12:38 No comments: